THE body of a 16-year-old British boy has been found in the Guadiaro river near Cortes de la Frontera, Malaga.

Emergency services were called to the scene late last night after Joshua Oker’s kayak and oars were discovered in the river.

His parents were unaware of his disappearance because they thought he was staying at a friend’s house.

The rescue team found his body at 9.40am this morning near to a power plant in El Colmenar.

His family are understood to live nearby. 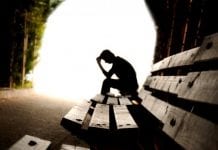