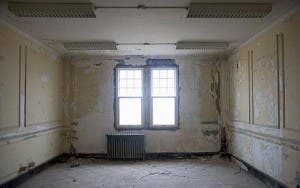 At the end of 2014 a total of 16,201 new properties remained unsold in the province, according to the Ministry of Development.

In comparison, Malaga had 4,159 empty new-builds at the end of the year and in Granada and Jaen combined there were just more than 10,000 newly built properties left uninhabited.

Despite the empty homes it was a good 2014 for the property market, with 7,052 new-builds sold in the province.

Only five years ago there were around 40,000 unsold homes in Almeria.