A GIBRALTARIAN cookbook has been nominated for the Gourmand World Cook Award 2015, the most prestigious award for recipe books. 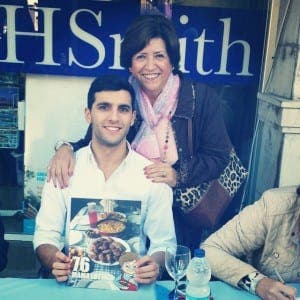 The book ‘76 Mama Lotties, recipes from Gibraltar’, by Justin Bautista, is one of four nominees picked from 205 applicants.

The 159-page book is a collection of traditional Gibraltarian recipes reflecting the multiculturalism of the Rock’s society.

The book was inspired by Bautista’s grandmother – hence the name – after he began compiling some of her recipes on a website.

It has sold 1,400 copies since it was first published in October 2014 and has now been translated into Spanish.

John Culatto - 20 Jan, 2021 @ 18:53
GIBRALTAR is in mourning today as six more elderly people lost their lives as COVID-19 tore through the elderly community.