IN spite of recent doom and gloom claiming Brit expats in Spain are dwindling in number, the statistics tell another story. 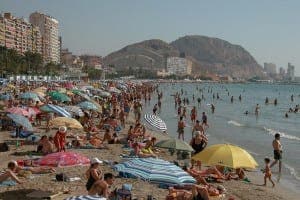 Spain’s immigration observatory cast a glance over its five million foreign residents at the close of 2014 and concluded that Britons here are growing in number and bucking the general trend.

Foreigners make up 10% of Spain’s population, and although the country lost 183,500 in the crisis, Romanians, Moroccans and the British are currently leading the pack in becoming residents.

With 276,000 British national residents, the expat community is growing fast with an increase of 3.87% on 2013, surpassed only by the relatively small Italian community which grew by 6%.

The majority of Spain’s foreign residents are concentrated in just four of the 17 regions, with a million people putting down roots in Catalonia, 676,000 in Andalucia and other popular destinations including Madrid and Valencia.