HE has been dubbed the ‘King of the Opera’, so it is an excellent coup that he is to sing in Marbella this summer. 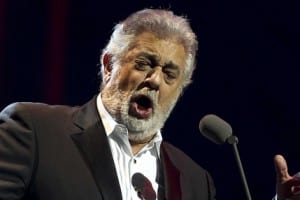 In what will be one of the highlights of the summer, tenor Placido Domingo is to star in the town’s Starlite festival on July 25.

The Madrid-based singer, 74, is widely regarded as the best tenor alive and will be joining a host of stars including Lenny Kravitz, Lionel Richie and the Village People at the festival.

The Marbella hills venue has a special place in Domingo’s heart since it was he who discovered the superb acoustics of the quarry of Nagueles three decades ago.

Along with friends Julio Iglesias and Prince Alfonso Hohenlohe, they decided an auditorium should be built there – and now the month long musical event is held there every year.

Spanish dreamboat Enrique Iglesias is also returning to his roots with a show at the festival, his only Spanish gig while on tour promoting latest album ‘Sex and Love’.