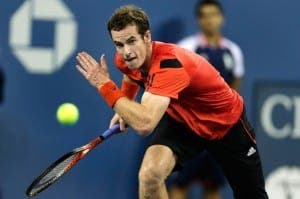 To reach the final Nadal beat Tomas Berdych on Saturday while the British No 1 saw off the challenge of Kei Nishikori in the semi-finals.

Murray knows that beating the Spaniard in Madrid is going to be a huge challenge He said, “”I’m aware it’s going to be incredibly difficult. Playing against him on clay in Spain is a big test. The crowd is incredibly pumped for him when he gets on the court so I’ll have to be there mentally and play a smart match.

“You need to play aggressive tennis but it’s important not to go for too much. It’s easy when you play against someone like Rafa on the clay or Novak on a hard court or Roger on grass to feel like you need to do too much almost. It’s important that you have good tactics and trust your shots.

Nadal has a 15-5 winning record over Murray with the Scot having never beaten the Spaniard on clay.