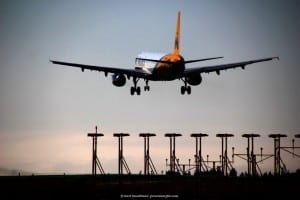 SPANISH air traffic controllers are to strike on June 8, 10, 12 and 14 a union spokeswoman said today.

She announced it was in response to sanctions handed down by airports operator AENA to air controllers in Barcelona following a strike in 2010.

Five years ago Spanish airports were paralysed due to the wildcat strike which left more than 300,000 passengers stranded.

The government declared a state of alert, unprecedented since Spain became a democracy after the death of Franco in 1975. That allowed for the air controllers to be arrested, face immediate charges and prison sentences of up to six years.

At the time airport authority AENA said 70 per cent of all controllers had either left their stations or failed to turn up for work, without prior notice. Many called in to say they were sick or unable to work.