YOU may wonder what an ancient ring of standing stones in southern England has in common with Peru’s Inca citadel of Machu Picchu, Syria’s war-ravaged city Aleppo or Australia’s Tasmanian wilderness.

The answer is, they’re all UNESCO World Heritage Sites and there are more than 1,000 of them in the world.

Even the most intrepid travellers would struggle to scratch the surface of the United Nations Educational, Scientific and Cultural Organisation’s varied portfolio of world wonders.

The international UNESCO designation was set up in 1972 to conserve buildings and locations of outstanding cultural or natural importance under one umbrella.

Spain has 44, the third highest total of any country in the world, and almost double the United Kingdom’s meagre 23.

They range from well-known tourist hotspots such as the city of Toledo and the Pyrenees to hidden gems like the Paleolithic Cave Paintings of Altamira in Cantabria. 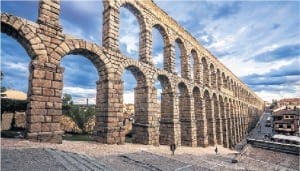 THE Roman aqueduct of Segovia is in phenomenal shape for a structure that was built 2,000 years ago, without a drop of mortar to bond its 25,000 granite blocks together. The two tiers of 170 arches along this bi-millennium bridge are the focal point of Castilla y Leon’s magnificent capital. The 11th century Alcazar, Gothic cathedral and city walls are further heritage highlights in a city that’s high on every culture vulture’s bucket list. 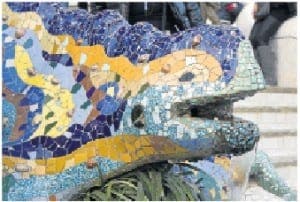 SEVEN of Antoni Gaudi’s most emblematic works in or near Barcelona are now protected monuments, including the Crypt of the still-incomplete Sagrada Familia church. One of the most distinctive architects ever, Gaudi’s fluid works transformed Barcelona into the arty city tourists flock to from the four corners of the world today. The mesmerising Parque Guell, with its multitude of sculptures and colourful tile work, is another wonderful display of Gaudi’s monumental talent. 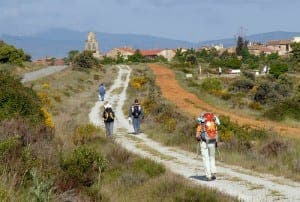 THOUSANDS of pilgrims annually walk the well-worn path to the shrine of St James the Apostle at Santiago de Compostela cathedral, passing some 1,800 buildings of historic interest en route. The Camino de Santiago (Way of St James) traditionally begins at the border with France before navigating the Basque Country to Galicia, a journey of some 790 kilometres. A penance for some, a p**s-up for others, and a challenge for all, the route now has hostels, bars and shops all vying for pilgrim alms. 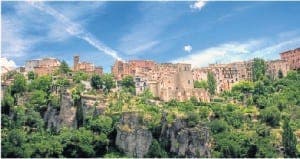 THIS Moorish city towering above the countryside is iconic for its gravity-defying ‘casas colgadas’ (hanging houses), suspended from sheer cliffs overlooking the Huecar river. Their origin remains uncertain, and only a few survive today, although there is proof of their existence since the 15th century. Cuenca is one of the most striking medieval towns in Spain with its unusually well-preserved architecture and the country’s very first Gothic cathedral. 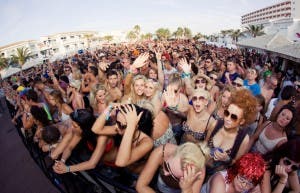 PARTY island Ibiza is not the first place that springs to mind in terms of culture.. But the Balearic isle is unique, having been recognised by UNESCO twice, both for its cultural and natural importance. Its marine and coastal ecosystems support a diverse range of sea life, while archaeological sites such as Sa Caleta and Puig des Molins hark back to its role in early Mediterranean history. The fortified Upper Town (Alta Vila) is an outstanding example of Renaissance military architecture.

ANDALUCIA boasts six UNESCO sites, including one of Spain’s only two natural sites, Donana National Park in Huelva. The vast nature reserve and wetland is a breeding site for thousands of migratory breeds, and also home to the endangered Iberian lynx. Elsewhere, Granada’s stunning Moorish palace, the Alhambra, has been awarded the accolade, as has Cordoba’s Mezquita, the city’s extraordinary cathedral built around a mosque. The Alcazar and Gardens in Sevilla has also made the list along with the beautiful renaissance cities of Ubeda and Baeza in Jaen province. Finally, 68 items of cave art in Almeria, Granada and Jaen have been recognised for their importance in depicting the way of life during a critical phase of human development.

What does it all mean?

Who has the most?