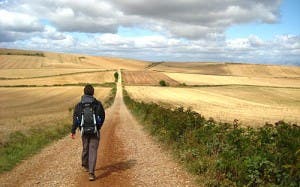 A MANHUNT is underway for two men who attempted to kidnap a woman of 50 on the Camino de Santiago.

The woman was exercising near a section of the trail when her attackers tried to force her into a vehicle in Santa Catalina de Somoza, in Leon.

The Guardia Civil is investigating the incident but do not initially believe it is linked to the disappearance of US pilgrim Denise Pikka Thiem nearby six weeks ago.

The American Camino walker disappeared without trace in Astorga on April 5 and the town’s mayor advised residents not to venture alone to isolated areas.