FRENCH animal rights campaigners are getting closer to seeing a bullfighting ban in France. 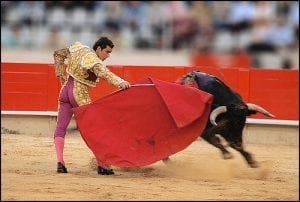 Although still legal, the sport has now been removed from the national cultural heritage list.

However France’s Spanish-born prime minister Manuel Valls is a fan, saying ‘it’s a culture we have to preserve’.

Alex Trelinski - 25 May, 2022 @ 17:15
HOME property sales in Spain soared to their highest March level since 2007 according to official figures. The National Statistics Institute reported 59,272 registered sales...