KING Felipe has appeared to increase support for the Spanish royal family, a year on since his coronation. 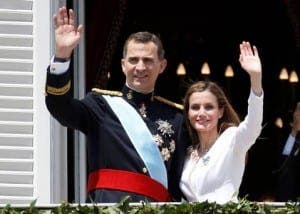 According to a survey published by Spanish newspaper ELPAIS, 81% of the Spanish population approve the way in which the current King is performing his duties, whilst 74% of the people surveyed also support the actions of his wife, Queen Letizia.

The positive evaluation of the royals comes at a time where there is growing political tension in Spain in light of the municipal and regional elections in May, which saw the conservative-led Popular Party (PP) plummet against the rise of emerging anti-austerity group Podemos and centre-right led Ciudadanos.

Two thirds of surveyors acknowledged that the King had governed in an ‘impartial and non-partisan way’, while 78% of the respondents claimed he had worked to ‘project a positive image abroad’. 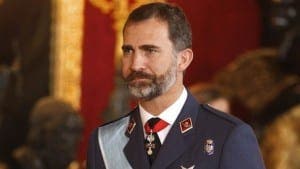 During his first year on the throne, Felipe has been commended for a number of decisions, notably for subjecting palace accounts to external audits and imposing greater control of gifts received by the royal family.

He has also been praised for distancing himself from his disgraced sister, infanta Cristina, of whom he stripped her royal title of Duchess of Palma last week.

Cristina Hodgson - 12 Aug, 2022 @ 18:00
The tradition of free tapas are not only a long-standing tradition in Granada—find out where else with the Olive Press’ Tapas guide