Castle – who has a luxury holiday home in Murcia and often plays tennis at the esteemed La Manga club – has been appointed ambassador for Spanish developer TM Real Estate Group and is promoting newly built homes in Almeria.

“The apartments and villas built by TM are by the sea in Almeria and are finished, done and gorgeous,” the 51-year-old BBC pundit said.

“In hindsight I would have bought a house by the sea as your view is guaranteed all year round.”

TM which has just launched in the UK has been building holiday villas and apartments in Spain for over 45 years.

The newly built homes being championed by the tennis ace are in the charming coastal village of San Juan de los Terreros and are described as ‘perfect for retirees’. 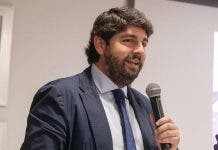