ONE of the conmen who duped UK rock legend Rick Parfitt out of thousands of euros is a Dutchman operating under the name ‘Frederick Rooze’, it can be revealed.

The fraudster, who hoodwinked Status Quo guitarist out of €2,930 for two sets of pots and pans, drives a dark blue Range Rover Sport with Dutch number plates (4-ZJP-33).

Masquerading as a salesman for leading Swiss kitchenwear company Kuhn Rikon, he and an accomplice, also believed to be Dutch, claim they have been left with ‘overstock’ after a local exhibition.

Insisting the goods are ‘luxury Swiss finery’, they are in fact cheap, poor quality junk, as we revealed last issue (left).

Now dozens of new victims have come forward with fresh information on the pair, who previously conned hundreds of people in Belgium and Holland.

One, Dutch expat Patricia Stone, was tricked into buying €2,650 worth of kitchenware in Sotogrande.

“I am disgusted with myself that I didn’t spot it was a fake,” Stone told the Olive Press.

“Rooze presented himself as a legitimate salesmen. He was very well dressed, late 30s with the most amazing blue eyes.”

A Kuhn Rikon spokesman told the Olive Press, it was now working with Spanish police to clamp down on the fraud.

“Many customers have asked for our help because they have bought fraudulent products thinking they were acquiring our merchandise,” said spokesman Wolfgang Aufwarter. “It is very damaging to our image.” 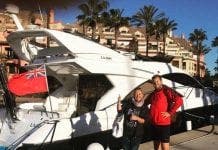 OPINION: It’s taken weeks, but finally our investigation into Nadine Dijkman, a shady expat on Spain’s Costa del Sol, has come to fruition 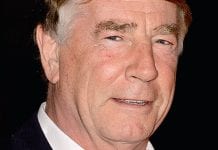