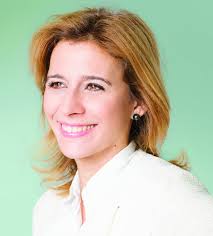 The new team, which will serve a four year period, will include six members from her PSOE party and two from leftist group Izquierda Unida.

She has appointed herself as councillor for local police and town planning, approving her plans to develop the town’s sustainability while in office.

Arrabal’s named her new government after she was voted as a PSOE mayor in the May elections, ending a 20-year reign held by the Popular Party.

The perfect weekend escape: Take a road trip through Axarquia in Spain’s Andalucia