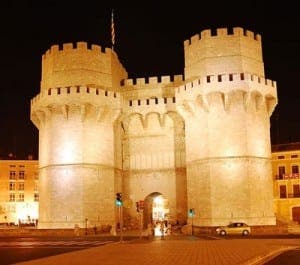 In the shoot a tattooed man was seen pulling a semi-naked woman in a dog collar around the building, with another man filming.

The filming culminated in a graphic sex scene outside the monument, reportedly filmed in front of children.

Police arrived on the scene after filming had finished and the crew had gone.

They are now analysing photos and videos taken by onlookers.