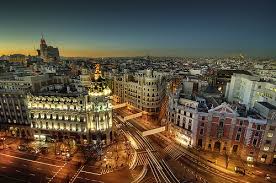 THE most expensive hotel deal in Madrid’s history has been wrapped up.

The sale of the five star resort is now the most lucrative in the capital, surpassing the €130 million paid for the Ritz hotel by Saudi group Olayan Mandarin earlier this year.

Gilinski is the main shareholder of Sabadell and the second richest man in Colombia.