THE name says it all. Vejer de la Frontera, a hilltop fortress on the Costa de la Luz, was once a last frontier of Christian Spain.

The scene of invasions and bloodthirsty battles for hundreds of years, this much sought after strategic outpost changed hands numerous times, finally becoming part of King Ferdinand’s Spain in 1248.

Later, in 1805, the sound of heavy gunfire could be heard again as Admiral Nelson destroyed the unified French and Spanish Armada at nearby Cape Trafalgar.

The Civil War years were violent too, with calls for land reform from residents met by General Franco, sending 24 soldiers to occupy the town, killing anyone who stepped out of line.

Nowadays, however, the only thing likely to knock you over in Vejer is the wind.

That and the stunning views from this delightful white village, exposed to the gusting Atlantic from its hilltop perch between the sea and the sierra.

An unmissable component of any visit to the Costa de la Luz, the medieval quarter oozes history, its castle walls intertwined with whitewashed homes discovered along twisty-turny, cobbled streets.

The Moorish castle – or Alcazaba – hides down a narrow street. The jasmine-scented courtyard houses the den of the local scout group, who will happily show tourists around the ramparts of what is otherwise mostly residential now.

The streets all tend towards the town’s central square, the highly picturesque Plaza de los Pescaitos with its exquisite, bright fountain decorated with 19th-century Triana tiles from Sevilla.

The plaza takes its name from the little goldfish – pescaitos – which used to swim in the fountain when it was built in the 1920s.

The surrounding streets and alleyways are a hive of activity, belying their sleepy appearance. There are handicraft shops, art galleries and flamenco haunts, as well as cafes, bars and restaurants serving up the best produce from the turbulent Atlantic and encircling farmland and forests.

In particular look out for Pajarra, a shop that for over a decade has provided visitors to the Costa de la Luz with an amazing range of stylish, original, hand-printed t-shirts… right in front of your nose.

Above all, make sure to head up to the turreted walls, from where views spread out across cultivated fields to the mountains and the 5,000 hectare Las Brenas Natural Park.

It’s easy to see why this immaculate village was voted second Most Beautiful in Spain on Trip Advisor. There is certainly something special about Vejer, which appears to lord it over its neighbouring fishing villages from its exalted hilltop eyrie, its white cubist houses tumbling down the hillside like tossed dice.

And it’s a safe bet, if you’re new to the Costa de la Luz, that you’ll be leaving nothing to chance if you take a trip to the former final frontier. 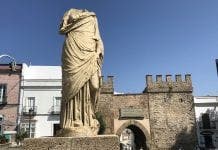 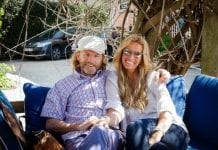 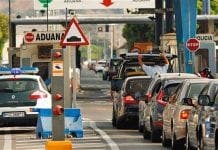 Gibraltar: Where have all the queues gone?