A HUSBAND and father in Barcelona has committed suicide after murdering his wife and two children, a daughter aged 7 and a son of 12. 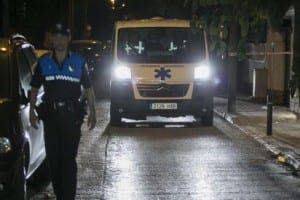 The grisly murder-suicide took place at the family’s home  in Castelldefels on Wednesday evening.

The man has been named as 61-year-old Uruguayan national Ricardo F and his wife name was Marina, 45, from Belarus.

Police were summoned to the scene, located about 25 kilometres from Barcelona city, and discovered the four bodies, all with gunshot wounds.

It is presumed that the man shot his wife and children before turning his gun on himself.

The children were found in their bedrooms, the woman was in the dining room while the father was in the bedroom.

It has emerged that the man’s wife had reported her husband for domestic violence four times prior to the killing but retracted the accusations.