JUST one week after a cyclist in Velez-Malaga died of heatstroke, a second heatstroke victim in the Axarquia region has died.

The man, a 45-year-old farmer from Torrox, was reportedly working outdoors in a plot of greenhouses at around 4pm on Friday when he began to feel unwell and collapsed soon thereafter.

The man’s companions rushed him to the Torrox health centre, where he was pronounced dead.

Like the first heatstroke victim, the most recent victim was severely dehydrated and had a fever above 40 degrees.

Authorities are asking the public to drink plenty of fluids and exercise caution in the face of extreme summer temperatures. 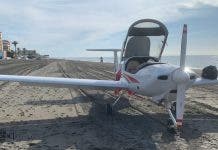