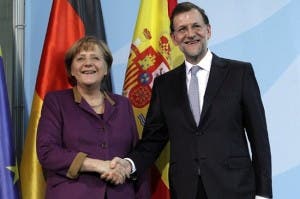 SPAIN’S PM Mariano Rajoy has been given some timely support from Europe’s strongest leader.

German chancellor Angela Merkel said: “Spain’s trajectory is clearly heading upward, and that will possibly be something that many people will consider during the election.

It came as the two leaders met to discuss issues including immigration, with Rajoy insisting his country is unable to increase the number of refugees above the current limit of 2,739.

Jorge Hinojosa - 29 Sep, 2022 @ 19:35
A WELL known Cuban criminal is believed to be behind the burglary of a Spanish holiday Airbnb that left a British bride and her...