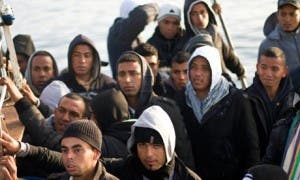 THE European refugee crisis has increased the terror threat to Spain, according to the country’s top politicians.

Foreign minister Jose Manuel Garcia-Margallo and interior minister Jorge Fernandez Diaz have both spoken out about their concerns.

Diaz has called for tighter controls to prevent ISIS members infiltrating the ‘avalanche’ of refugees arriving in Europe from Syria.

While Garcia-Margallo has warned the influx of refugees ‘threaten to tarnish Europe’s reputation’.

“The vast majority are refugees fleeing war and terror, but we can’t forget terrorist groups are present there and these barbarians have shown that they are capable of carrying out their threats,” Interior Minister Jorge Fernandez Diaz said.

“While Spain will not refuse anyone the right to asylum, how can we be sure that, there are not terrorists among this avalanche of people.”