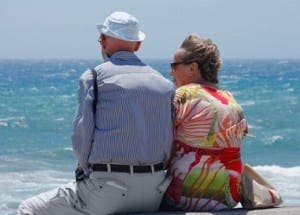 SPAIN is as popular as ever with retired Brits moving abroad.

A poll for financial services company Retirement Advantage by YouGov found that a quarter of the UK’s over-50s that they asked would opt for the Spanish life if they were to retire abroad.

Elsewhere in the poll, 22% said that they would head to the United States but 15% had ambitions to go further afield, to the Far East. More than one in 10, 12%, said that they wanted a sun-soaked retirement in the Caribbean.

Back in Europe, France comes up second to Spain, with 9% of the UK’s over-50s surveyed eyeing up la belle vie francaise.

Walter Finch - 3 Feb, 2023 @ 15:00
A violent mugger who robbed a woman by putting her in a choke hold until she lost consciousness is on the run in Sevilla. Security...