STARS of the literary world will descend on Gibraltar again this November as the Gibunco International Literary Festival returns for the third year.

The festival takes place at various historic locations, in particular the Garrison library, over a four-day period beginning November 12.

The full line-up has not yet been announced, but veteran English journalist William Chislett is set to deliver a talk on ‘Spain forty years after Franco while the artist JMW Turner’s bibliographer, James Hamilton, will discuss ‘Turner in Gibraltar’.

There will also be talks from literary agent Andrew Lownie on ‘Stalin’s Englishman’ and Professor Andrew Lambert on Gibraltar’s Royal Navy during the Second World War, as well as workshops and live performances. 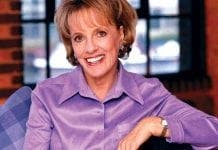