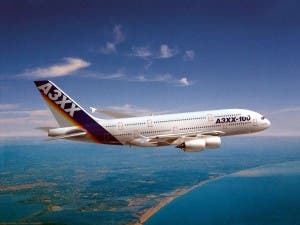 MAYBE they’re intrepid or maybe it’s the weather, but Brits are the biggest travellers in Europe, a recent survey reveals.

UK residents visit on average nine countries and fly 16 times in an aeroplane over the course of their lives, while the average Spaniard visits six and boards a plane 13 times.

Just 21% of Spaniards have flown more than 30 times in their life.

Unsurprisingly, less than one in ten Spaniards travel ‘to escape bad weather’ while a similarly low 12% of Brits prioritised good weather in their holiday plans.

The main travel motive for the British is to enjoy time with family (38%) while Spaniards get away to relieve stress (48%) – not such a priority for the French (19%).

The Last Minute.com study on 6,000 itchy footed Europeans across UK, France, Italy, Germany and Spain was in honour of world tourism day on September 27.

A common theme across all five nationalities was the desire for family time on holiday.

Simon Hunter - 27 Sep, 2022 @ 16:57
The United Kingdom’s ambassador to Spain, Hugh Elliott, has released another update for UK nationals who have been left unable to drive since May...