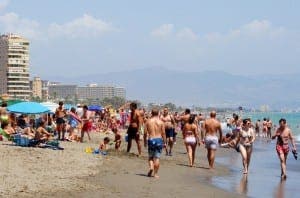 During the first eight months of the year more than €46 billion was splashed by international visitors, a 7% increase on the same figure last year.

And British travellers are lavishing the most on themselves, lavishing more than €9 billion on their breaks, according to figures from the Ministry of Tourism, Energy and Industry.

During August,tourist spending averaged over €300 million a day.