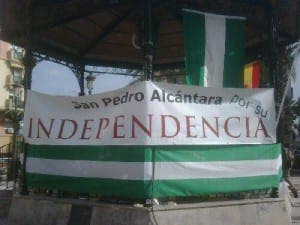 SAN Pedro de Alcantara’s hopes of separating from Marbella have been hit by a court ruling.

The Andalucian high court, the TSJA, approved the Junta’s decision to block the independence move.

It has been ruled that Marbella and San Pedro are too close together for separation to be a viable option.

The court ruled that breaking apart would have a negative impact on the local economy.