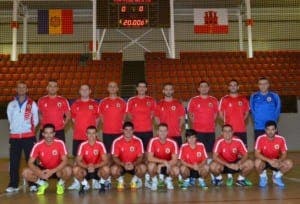 GIBRALTAR’S national futsal team scored a Rock first by becoming the only side to play in a FIFA World Cup tournament.

Andrew Lopez’s double penalty made him Gibraltar’s first FIFA-recognised goalscorer in a 15-1 defeat to Georgia in the Rock’s opening qualifier.

A 12-2 defeat to Moldova followed, with Jamie Walker and Joseph Chipol scoring.

A spirited Rock side went down 4-2 in their final game against Andorra, Duane Robba and Lopez on target.