POLICE in Spain and Gibraltar are investigating the disappearance of Scottish mother Lisa Brown, who was searching for a new job the day before she went missing. 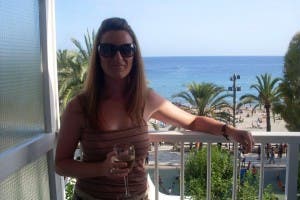 The 32-year-old, originally from Scotland, has been missing for nearly two weeks from her home in Guadiaro.

It is now feared she may have been abducted, as officers explore all lines of enquiry.

Lisa worked at Gibraltar gambling firm Ladbrokes until August this year and was actively looking for a new job on the Rock.

She was reported missing after failing to pick her eight-year-old son Marco up from school on November 9.

She had dropped him off to stay with his dad, her ex-partner Tony Tomillero, five days earlier, and was last seen on November 6.

Members of her family, including her sister Helen, have flown over to Spain to join the search for her.