A JEREZ bar owner is determined to smash a world sherry-drinking record. 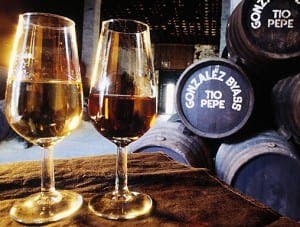 David Fraser-Luckie hit upon the idea when around 700,000 drinkers tweeted the hashtag #sherryTT while raising a glass during November’s Sherry Week.

“I think we can do it better,” said David.

“Why not beat the world record for people tasting sherry worldwide at the same time? Think big!”