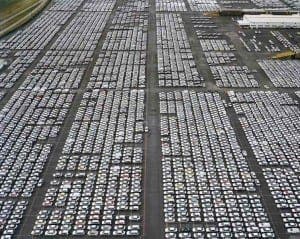 MORE than 250 dealerships and 30 car manufacturers are facing a multi-million euro lawsuit over price fixing.

OCU, Spain’s biggest consumer association, is taking legal action on behalf of 70,000 motorists whose claims were deemed actionable out of a whopping 160,000 who initially sought to join the suit.

Six separate probes discovered dealers who sold vehicles between 2006 and 2013 had been restricting competition by exchanging data such as maximum discounts and used-vehicle prices.

The Spanish Commission on Competition and Markets earlier this year fined the dealers and manufacturers €224 million for breaching fair trade agreements.

Prosecuting lawyer Rosa Guirado has described this case as ‘even more damning’ than the Volkswagen emissions fraud.