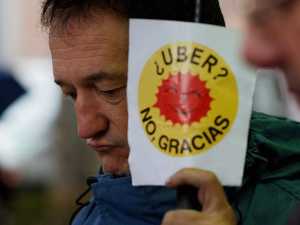 CAR-SHARING service Uber is making plans to relaunch in Spain.

The US-based app was banned in the country in December 2014 after a taxi driver’s union sued for unfair competition.

In its new format, Uber will only work with valid professional VTC licensed drivers.

Uber has also been banned in Germany and France.