HILARY BENN has compared ISIS to General Franco’s fascists during an impassioned House Of Commons Speech on Syria.

The shadow foreign secretary’s address earned applause from both sides of the House Of Commons as Britain’s MPs voted to go to war in Syria.

Benn, the son of Labour legend Tony Benn, had defied his party leader Jeremy Corbyn to vote for the bombing campaign.

Benn said: “We are here faced by fascists. Not just their calculated brutality, but their belief that they are superior to every single one of us in this chamber tonight, and all of the people that we represent. They hold us in contempt.

“And what we know about fascists is that they need to be defeated. And it is why, as we have heard tonight, socialists and trade unionists and others joined the International Brigade in the 1930s to fight against Franco.

And my view, Mr Speaker, is that we must now confront this evil. It is now time for us to do our bit in Syria.”

The RAF carried out its first sorties over Syria hours after the House of Commons vote, which saw 397 MPs in favour of military action and 223 against. 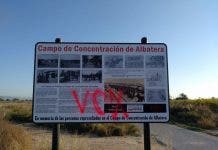