SEX addicts on the Costa del Sol finally have a way to kick the habit. 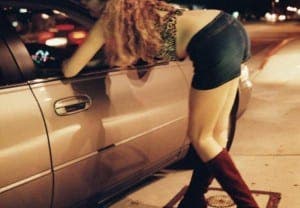 A new Sex Addicts Anonymous group, the first outside Madrid and Barcelona, has been launched.

It provides a 12-step programme for recovery from sexual thoughts and behaviours.

One group member, Steve, told the Olive Press: “Sex addiction takes many forms and often leads to very serious consequences, such as marriage breakdowns, unemployment, imprisonment and even suicide.

“Many of our members find that they lose control of their sex lives, and often don’t realise until it’s too late.

“My own sex addiction drove me to despair, but I just thought I was highly-sexed… I didn’t realise that my disease had a name.”

SAA meets once a week in San Pedro, with members from the entire community, regardless of age, gender or sexual orientation.

Interest in SAA has wildly increased over the last five years, with the news of Tiger Woods’ serial infidelity in 2009 seen as a major turning point.

“Make no mistake, this is an epidemic waiting to happen,” added Steve.

For more information, call the confidential line on 652 055 819 or visit at www.saa-recovery.org