IT is set to become one of the most exclusive golf development projects in Europe. 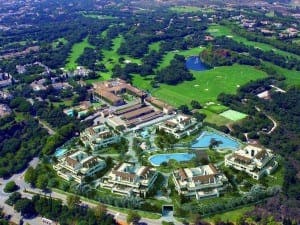 The purchase of emblematic Valderrama golf course by Marbella development company Zagaleta is the fusing of two prestigious Spanish giants.

A new megaproject, taking in 200 hectares of rolling virgin hillside near the famous golf course, is the perfect sign that the Spanish property market is truly flourishing again.

Zagaleta, just outside Marbella, is Spain’s most luxurious residential development, counting Hugh Grant and the mayor of Moscow among its residents, while Sotogrande-based Valderrama hosted the 1997 Ryder Cup as well as the now defunct Volvo Masters.

Developers Zagaleta Limited, based in London, have purchased the Valderrama group, including the golf course, as well as the new land in neighbouring Castellar municipality.

In an exciting deal, said to be worth €40 million, Zagaleta has become the new landlord of Valderrama Golf Club, until at least 2050.

Alongside the deal, Zagaleta is to invest a further €200 million creating a new complex – dubbed Valderamma 2 – with a second championship course, hotel and high-end housing.

The agent, who has known about the sale for some time and even shown potential clients around the course, added: “The quality of Zagaleta is integral here, and given the new ownership of Sotogrande itself, it’s very exciting news for the whole area.”

Fellow agent Adam Neale of Terra Meridiana added: “It is surely win win for the coast.

“You are going to get a whole new network of high-end clients looking there.”

Security is set to be a major factor in the development, while quality of construction will also be paramount.

At Zagaleta, in Benahavis, near Marbella, homes currently start from around €3 million.

An incredibly secretive place, once owned by arms dealer Adnan Khashoggi, its owners are said to have included Rod Stewart and even President Putin of Russia.

The project will unfold over the next decade, and La Zagaleta group has expressed its willingness to collaborate with the Real Club Valderrama, to preserve the exclusivity that the brand has built up over many years to become a European landmark. 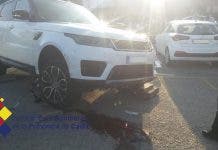