PEDRO Sanchez has prepared a 50-page document that he will put to his Socialist PSOE party in case he is offered the chance to form a new government.

The PSOE leader is waiting for King Felipe to make the offer to him after PP leader Mariano Rajoy turned down the opportunity to form a government at the first investiture session.

Sanchez is working on the assumption that Rajoy will turn down a second opportunity to form a government which would leave the PSOE head in the driving seat.

The draft paper is believed to explore how the PSOE can reach out to parties Podemos and Ciudadanos, as well as the United Left and regional parties such as the Basque Nationalist Party (PNV) and the Canaries Coalition.

The date of the second investiture debate will be decided by Congress speaker Patxi Lopez and the PSOE expect that it be within three to four weeks.

If no coalition government can be formed Spain will face a second election later in the year. 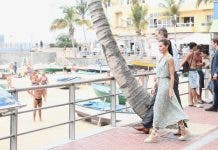