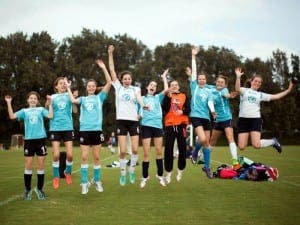 PENCIL cases to fill, textbooks to buy, packed lunch menus to plan weeks in advance, sleepless nights of nail-biting worry during the build-up … the first day of school can be as big a deal for parents as it is for their kids.

For newbie students themselves, those first tentative steps across a schoolyard filled with strangers is also a crucial rite of passage.

Making sure it’s the right school is a test all parents want to pass with flying colours. But on the Costa del Sol, negotiating the interactive whiteboard jungle – blackboards went out with BBC’s Grange Hill – is an even tougher call, as you’ll be spoiled for choice.

Of course, your selection will depend on certain key factors: distance from home, budget, academic standards, teaching style and word-of-mouth recommendations, to name just a few.

So where do you start?

The first item on your checklist should be Public or Private – do you opt for an international college or a Spanish state school?

It’s generally an easier decision to make for younger children, as primary schools throughout Europe are more or less comparable.

There are two serious advantages to Spanish schools.

One – children will learn Spanish fast and should integrate well into their new home country.

Younger children, in general, thrive in state schools, with youngsters under nine normally picking up impressive spoken Spanish (usually, far better than their parents’ Spanish) within a year, just by socialising with their friends.

Two – state schooling is free of charge from the age of three, when children can begin attending ‘infantile’ or ‘pre-escolar’, equivalent to a nursery in the UK. The only costs you’ll have to cover are books, school trips and, if the school has them, uniforms.

There are also downsides to Spanish schools. Older, less extrovert kids with limited Spanish can have trouble adjusting. Learning maths and physics in a foreign idiom isn’t for sissies!

It is definitely worth considering extra language tuition outside school hours to help ease the transition. Budget up to €20 per hour for private lessons. Your child will not only be more able to keep up with lessons but is far more likely to make friends if they can socialise in the same language.

“It is fine if you get the kids into school early, at a young age, but if they are nine or 10 then they will find it harder,” advised one English parent whose two children have been through the local system in Manilva.

“They will almost certainly need some extra tuition and watching carefully. It also helps if the parents get involved in the school and try to get to know the other Spanish parents. Joining the parents/teachers association certainly helps.”

If you decide against the Spanish state system – either because you fear educational standards will be low (according to reports, Andalucia does indeed come well below average), or because you prefer to have your children educated in English – then you will have no choice but to go private.

Budget is a major consideration but many expat parents say an international school gives their child a gentler introduction to education in a foreign country, with smaller classes taught in English.

Most international schools even follow a UK curriculum, with GCSE and A-levels, with a number of local schools regularly seeing their pupils getting into the top British universities, including Oxbridge.

International schools have very different personalities and philosophies, and it’s very much a matter of personal preference. But with more than two dozen on the Costa del Sol alone, there are more than enough to choose from.

Marbella – with more than 40,000 resident foreigners – has the largest concentration of international schools after Madrid and Barcelona. Malaga, Mijas, Fuengirola, Benalmadena, Estepona, Almunecar and Sotogrande all have their own options.

The rise of international schools in Spain can be traced back to former dictator General Franco, who introduced tourism to the Costa del Sol. Since then, a torrent of foreign visitors settling along the coast has turned it into a melting pot of cultures, providing endless opportunities for education start-ups.

British schools are now said to account for two-thirds of the international schools on the coast.

The oldest is Swans International School, established in 1971, and named after its legendary headmistress and founder, Tessa Swan.

Others include Sotogrande – established in 1978 – and Aloha College, which dates back to 1982.

The newest kid on the block is the British School of Marbella, which opened in September 2010 and has already become a popular and respected addition to the coast’s school community. Indeed, it is soon to expand to bigger new pastures.

Most British schools are members of the National Association of British Schools in Spain (NABSS) and are inspected regularly by the group, a set-up similar to the UK’s Ofsted inspections.

A great advantage for many parents is that international schools often have a more multicultural environment than state schools. Most have some 20 different nationalities attending and offer a bilingual study programme.

Paul Kelly, an education consultant in Marbella said: “Pupils meet other students from so many different countries.

“This is such a valuable opportunity as it awakens a curiosity for other cultures, languages, traditions, customs and even food from a very early age.”

To tie in with this, many of the top schools are increasingly offering the International Baccalaureate (IB) programme, as well as the local secondary school qualification, the Bachillerato.

The IB – which may be unknown to some English readers – is the normal route to university for European students.

The main difference is that IB students take six or seven subjects – which often include elements of community work and public-speaking – as opposed to just three or four at A-level.

As well as a more up-to-date, relaxed approach to teaching, international schools are generally considered to offer a better learning environment.

The most obvious downside, of course, is the cost. Schools range from basic to luxurious but, take note, they come at a price.

Fees range from €3,000 a year for primary school to between €6,000 and €17,000 per year for secondary schools. This generally does not include the cost of books, school trips or uniforms.

A further downside is that children may find themselves in something of a Spanish vacuum, unable to integrate with the local community outside the classroom.

But international schools are beginning to fight this effect, with many more Spanish extra-curricula activities available, more access to local culture on school trips and after-hours classes such as flamenco dancing.

Education consultant Paul Kelly concluded: “Effort and attitude varies considerably from family to family. Some are content never to venture into ‘Spanish’ situations, while others make every effort to integrate, join sports clubs etc. and have much more exposure to the language.”

But there are no rulebooks or easy answers to choosing the right schools in Spain.
It’s as much a personal choice as in any other country, whether your biggest consideration is cost, integration or a smoother transition.

Just one final tip for parents who decide to go with the Spanish system: learn the language yourself. How else will you chat to your kids’ teachers at open days?

And, more important for your kids than that, how will you help them with their homework!