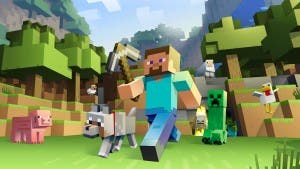 A TECH-SAVVY Spanish priest is turning to computer game Minecraft for divine inspiration.

The popular padre took the decision after observing his Madrid students watching Minecraft videos on YouTube.

“I was able to introduce Minecraft as a tool for building a Catholic temple in my religion classes,” said Vazquez.

“The students started to build a city and some of them made an amazing replica of the school.

“None of us had realised previously the potential of these students in architecture.”

The project has led to an appearance on national Spanish TV as Vazquez looks to spread the good word.

This is the new air taxi designed and manufactured in Spain