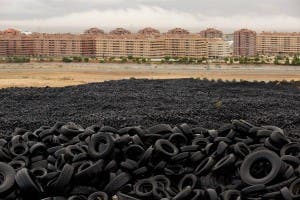 AN infamous Spanish ‘ghost town’ has started to come back to life.

El Quinon, 30 miles south of Madrid, opened in 2007 and became a desolate monument to Spain’s burst property bubble when the recession struck in 2008.

The number of residents is now 6,411, double the figure of two years ago.