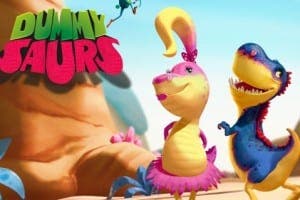 FORGET Bugs Bunny, Tom and Jerry and even Mickey Mouse, a new generation of animated characters is leading the charge.

Last year Spain was ranked as the fifth-largest animated feature producer in the world, and the industry is going from strength to strength.

Eyeing up deals in the USA, China and Canada, Spain’s top animation companies are spreading their wings.

The biggest success of the last 12 months is, without doubt, the rise of DummySaurs, produced by Spanish company Imira and shown in over 40 countries around the world after being bought up by MipTV, one of the world’s most established distributors.