MALAGA film festival will kick off this evening with a star-studded opening gala at the Cervantes theatre. 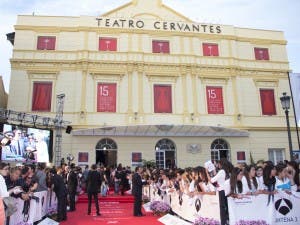 vent will see the biggest stars of Spanish cinema walk the red carpet and greet the thousands of fans who will fill the streets.

Spain’s Natalia de Molina and Javier Gutierrez, who has starred in more than fifty films in the past 19 years, will present the opening gala tonight from 8.00pm.

The festival takes place at the headquarters on Calle Ramos Marin and showcases previously unseen feature-length films, shorts and documentaries.

It will also pay tribute to different personalities from the film-making industry and organise film series, exhibitions and parallel events.

It will run until May 1, when prizes for the best films will be awarded.

The festival has grown from strength to strength and many see it as a stepping stone for the region to become an international cultural hotspot.