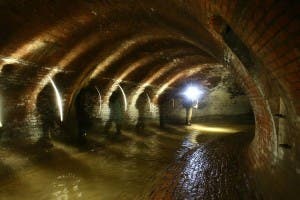 A MIGRANT has died after attempting to enter Spain via a sewer.

The sub-Saharan man was evacuated from the sewers with three other migrants in the Moroccan border town of Nador.

While three were treated and released, one died in a Moroccan hospital on Tuesday.

The group was attempting to cross from Morocco to the Spanish enclave of Melilla.

Nador is a hotspot for migrants attempting to enter Spain through its enclaves in Melilla and Ceuta.

April saw Spanish police pull three migrants out of a car bonnet as they tried to enter Spain from Morocco.