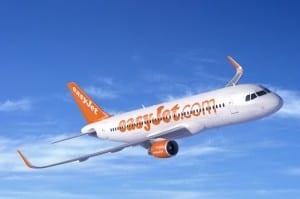 LOW-COST air travel could be at a thing of the past now that Britain has voted to Leave the EU.

Budget British airline easyJet has been working on a European backup plan in case of Brexit.

In order to ensure cheap travel across the continent, easyJet reportedly has plans in place to launch a European company.

The headquarters of a European easyJet are yet to be announced but the airline has been examining the prospect of using its Swiss air operator’s certificate and easyJet Switzerland subsidiary.

A vote to Leave the EU is seen as more problematic for easyJet than for Irish rival Ryanair or British Airways parent International Airlines Group, which owns Iberia and Aer Lingus and has permissions in the UK, Ireland and Spain.

An easyJet spokesman said: “Aviation is a good example of the benefits of the EU – the single aviation area gives airlines freedom to fly across Europe and since its introduction passengers have seen fares fall by around 40% and routes increase by 170%.

“It is clear that an exit would take several years and that this would allow the UK to renegotiate its relationship with the EU.”

It is understood that establishing a holding company in Europe would not require easyJet to move its Luton headquarters abroad.