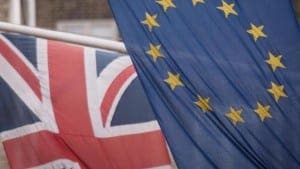 A POST-BREXIT poll has revealed more than 1.1 million people who voted to leave the EU now wish they had voted to stay.

The poll, carried out by Survation, found that people who used their vote as a ‘protest’ or thought that ‘it wouldn’t matter’ are now having second thoughts.

The Leave camp only won 1.3 million more votes than the remainers in the June 23 referendum.

But a new poll has found that 7% of Leavers ‘Bregret’ their decision, equal to 1,130,000, meaning had they voted Remain the margin would have been decreased to under a million.

The poll also reportedly revealed the equivalent of 696,000 Remainers would change their vote to Leave if they had the chance.

The fall out from the shock Leave victory has led to the creation of a petition calling for another referendum, which has almost gathered four million signatures.

Meanwhile, the UK’s leading parties are facing new leadership battles, while Scotland and Northern Ireland are looking to break from the UK.