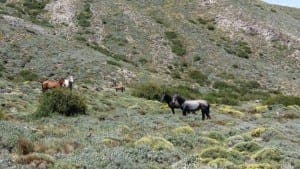 A DONKEY sanctuary has fought back after numerous ramblers slammed the welfare of a herd of horses in mountains of the Axarquia.

In a four-hour, sweltering climb, the team of experts found the herd of five mares, one colt and two boars at the summit and carried out tests.

“Contrary to the hikers’ fears the animals are in good health, there’s no sign of malnutrition, dehydration or skin problems,” said a member of the animal welfare team. 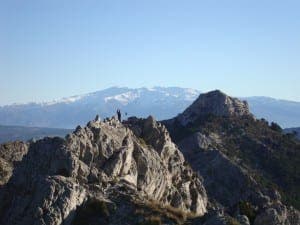 They reported one mare had an ‘old fracture’ which was restricting movement but that the herd were ‘doing well.’

The donkey sanctuary vet has promised to return to the peak for further checks but the report confirms the natural park has as good supply of water and food and the horses are happy and well.