They now join a list of 44 other sites and structures across Spain that have been awarded protected status from the United Nations culture department since it was established in 1945.

The collection of sites reflects the complex and varied history of Spain from Roman times,  through Moorish conquest and Christian Reconquest to the pinnacle of its power as a Renaissance empire during the 15th and 16th centuries.

Check out the OP’s own UNmissable UNESCO collection.

This enchanting waterworld overlapping Huelva and Cadiz provinces is one of the most important wetlands in Europe – complete with rice paddies and endangered Iberian lynx.

But despite its myriad marshes, lakes, channels, reserves and lagoons, this paradise for birds needs all the protection it can get in the dry summer season, when water is scarce.

Dunes and 25 km of unspoilt white sand beaches are also part of a unique biodiversity that has been under threat from agriculture, water pollution and tourism.

The park was declared a Biosphere Reserve in 1980 and added World Heritage Site to its credentials in 1994. 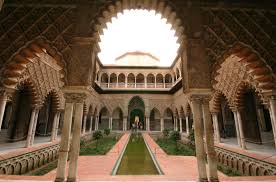 This trio of architectural gems in the heart of the city are a monumental draw for tourists.

The Moorish Alcazar is the oldest royal palace still in use in Europe; the gothic cathedral is the largest in the world and contains the tomb of the world’s most intrepid explorer, Christopher Columbus; while some of his charts can be seen at the stunning Renaissance Archivo de Indias building, which holds the largest old world collection of documents relating to New World discovery.

Between them, they epitomise Spain’s Golden Age, incorporating vestiges of Islamic culture, centuries of ecclesiastical power and the trading clout Spain acquired through its colonies. 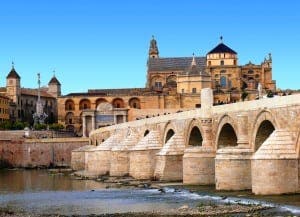 In 1984 UNESCO threw a protective cordon around a chunk of Cordoba’s historic quarter, encompassing the twisting maze of streets that lead to its showpiece Great Mosque.

The architecture reflects thousands of years of occupation by differing cultural groups, beginning with the Romans in 2BC.

In the 8th century, Cordoba became capital of the Damascan emirate, when 300 mosques and palaces were constructed in a frenzied bid to rival the gems of Constantinople, Damascus and Baghdad.

When Abderraman III established it as the headquarters of an independent Caliphate in 929, Cordoba’s realm extended all over the Iberian peninsula. 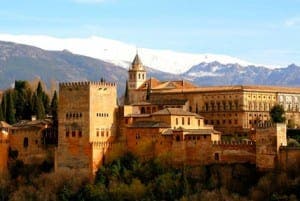 The magnificent red fortress dominating the city of Granada has inspired artists, writers and poets for centuries and is considered to be one of the seven Wonders of the World.

The imposing Moorish palace was once the residence of emirs who ruled the area in the 13th and 14th centuries and created the enchanting walled gardens of the Generalife, with its cool fountains and carp ponds.

The Albaycin is the medieval town that grew up around the Alhambra, a bustling residential area today, with Moorish and Andalusian architecture harmoniously intertwined.

All three sites have been bubble-wrapped by UNESCO since 1984. 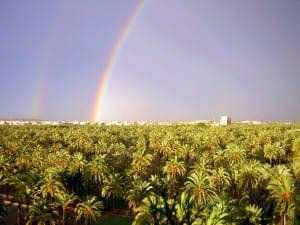 An oasis in the heart of a Spanish city.

This historic date palm grove was awarded World Heritage status in 2000 for being a unique example of Arab agricultural practices on the European continent.

Its formal layout, a typical feature of the North African landscape, was transplanted to Spain during Islamic occupation and has managed to survive to the present day. The ancient and elaborate irrigation system, which is still functioning, is an additional highlight.

From humble origins as a 13th century chapel, this Caceres monastery came to symbolise two significant events in world history both dating from 1492: the Spanish reconquest and Christopher Columbus’ voyage of discovery.

It was here that the great explorer came to give thanks to the iconic Virgin of Guadalupe for his safe passage to the Americas.

Added to over the years, making it an exceptional example of widely differing architectural styles, the monastery remains a place of pilgrimage for the Western world and Latin America. It joined the UNESCO stable in 1993. 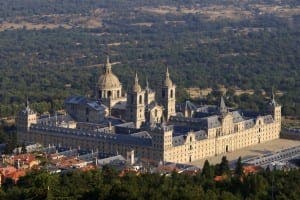 More than 500,000 tourists a year visit the spectacular Renaissance palace and monastery complex built by the great Philip II of Armada fame. Constructed from the profits of New World discovery during the 16th century ‘golden Age’, it comprises the royal monastery and a magnificent hunting lodge and retreat, some five kilometres away. In these two buildings, the might of the Spanish monarchy and the clout of the Roman Catholic Church come together in jaw-dropping architectural splendour.

Under UNESCO’s wing since 1984, the royal site includes a stone complex of extraordinary dimensions surrounded by formal gardens, the monks’ kitchen gardens, the House of Trades, and the Company Quarters where the palace and monastery services took place. 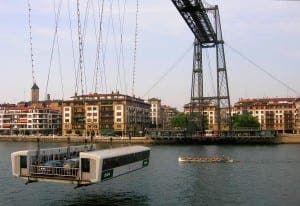 The world’s oldest transporter bridge – designed by Bilbao architect Alberto de Palacio, a disciple of Gustave Eiffel – opened in 1893. The 43m high structure was the first in the world to carry people and traffic on a moveable section of roadway across a river. The suspended gondola system was used as a model for similar bridges across Europe, Africa and America, only a few of which remain. UNESCO added it to its portfolio in 2006, praising its innovative use of lightweight twisted steel cables and hailing it one of the most outstanding architectural iron constructions of the Industrial Revolution.