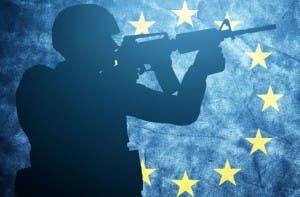 EU countries have begun talks on the creation of a European Defense Union, a collective security pact similar to NATO.

France, Italy and Germany’s defence ministers discussed the idea on Thursday after it was reintroduced at a trilateral meeting between the three countries on August 22.

German Defense Minister Ursual Von der Leyen said: “It’s time to move forward to a European Defense Union, which is basically a ‘Schengen of defense’, this is what the Americans expect us to do.”

The hopes are that the EU bloc will reach a level of collective security that will allow its members to treat Article 42(7) of the EU Treaty as the equivalent of NATO’s Article V guarantee, meaning an attack on one member is an attack on every member.

The treaty would commit all members to retaliate against any state that attacked an EU country.

It is designed to act as a deterrent to would-be attackers.

An Italian defense source told press the initiative has been catalyzed by the June 23 referendum.

“The UK’s exit frees up a lot of energy because they blocked everything,” they said.

The Italians are now proposing giving European defense ministries and private firms access to financing from the EU investment bank and the EU fund for Strategic Investments to build military infrastructure.

The creation of the pact will be discussed further at a meeting of EU leaders in Bratislava, Slovakia on September 16.