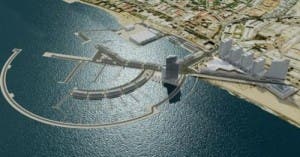 MARBELLA’S port authority (APPA) are looking for new investors to develop the La Bajadilla port after its Sheikh owner failed to present any plans.

Sheikh Al-Thani, who also owns Malaga Football Club, missed the final deadline to present his development plans to the APPA after being awarded the contract to develop the port more than four years ago.

His company, Nas Marbella, was given an ultimatum on March 28 to begin the development or face the cancellation of the contract.

The APPA is now reportedly in talks with an infrastructure investment fund, an investor from the UK and another from the Middle East.

The project is expected to create 3,000 jobs and be a major economic boost for the area just 2km east of Marbella’s Puerto Deportivo.