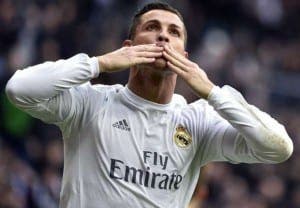 CRISTIANO Ronaldo has opened his second hotel in what he hopes is the start of a future career in property.

While the 31-year-old said he sees himself playing football for another decade or so, he admitted the 82-room Lisbon dwelling forms part of his plan for life after the game.

“Life is not just about football,” the Real Madrid star said at the launch, immediately after flying home from a 1-1 draw against Eibar at home.

“Although football is my grand passion, I must start to think about the future.” 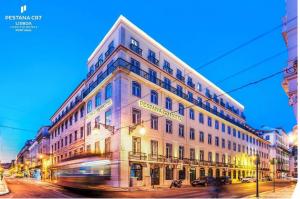 The Pestana CR7 Lisboa is the second opened under the relationship between Ronaldo and the established Portuguese chain Pestana, with the first being on the player’s home island of Madeira.

He added: “When I was young I had the dream of having my own hotel. Now I have two, and I am proud one of them is in Lisbon.”

Rooms at the Lisboa start at around €200 a night and can go up to €1,250 if you opt for the rooftop CR7 suite, which features a 48” HD TV, Playstation 4 with virtual reality games and cardio work-out equipment.

Some €15 million has been invested in the partnership between Ronaldo and Pestana and hotels have been planned for Madrid and New York.