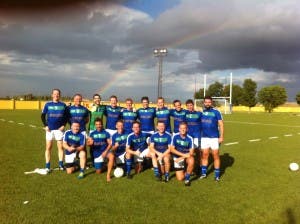 MARBELLA-BASED Costa Gaels have stormed to the top of the league in the Andalucian Gaelic football championship.

In a resounding away win, the men in blue recorded a 16-point victory over last year’s champions Eire Og Sevilla.

It follows an impressive opening day win against Gibraltar Gaels, who sit second in the table after beating the Sevilla outfit.

Eire Og Sevilla will now travel to Marbella Rugby Club on December 3 for the reverse fixture.