SPAIN has been ordered to pay a massive multi million euro fine for failing to properly process sewage. 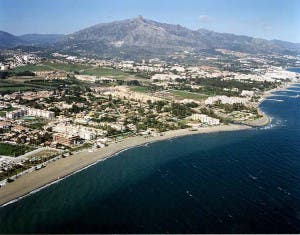 The EU Commission wants the government to pay  €46.5m for its lack of action, which could cause ‘serious risks to human health and the environment’ in 17 communities.

Nine of these are in Andalucia, making it the worst affected region in the country.

The southern towns, all of which have more than 15,000 residents, include Costa del Sol’s  Estepona, Marbella (San Pedro) and Nerja alongside Coín,  Alhaurin el Grande, Barbate, Tarifa, Matalascañas and Isla Cristina.

News of the fine came as the commission revealed it was taking the country to the EU Court of Justice for the second time over the issue, five years after first condemning it for failures in 37 communities.

It also wants the court to impose a massive daily fine of €171,217.20 if Spain does not cough up by the time it reaches a ruling.

Spain is a lengthy 16 years late on implementing the adequate water treatment infrastructure, following an EU wide directive in 2000.

It was enacted to ‘prevent serious risks to human health and the environment.’

A spokesperson for the EU said: “The second referral to the Court is necessary to ensure compliance in these 17 remaining agglomerations, given the very slow progress so far.”

Costa del Sol’s Benalmadena and Torrox were in the 2011 list but were removed thanks to the construction of water treatment plants.